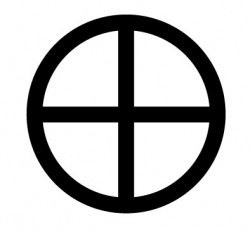 In conjunction with The Gallatin Climate Change Initiative: A Conference, which will run from September 14-15,2017, NYU Gallatin’s, The Gallatin Galleries will present the exhibition From Outrage to Action, which includes work from artists, journalists, and scientists, all of whom seek to address and act on the issue of climate change.

The title of this piece is taken from William Butler Yeats’ poem, The Second Coming, excerpted below. The projected image,

, is a newly introduced international symbol for extinction. The sunken image,

, is a recognized international astronomical symbol for Earth. The artists will be replacing the block of ice each day throughout the weeklong exhibit, at approximately 3:00pm, except for Sunday, September 17th.

Excerpt from The Second Coming

“Turning and turning in the widening gyre
The falcon cannot hear the falconer;
Things fall apart; the centre cannot hold;
Mere anarchy is loosed upon the world,
The blood-dimmed tide is loosed, and everywhere
The ceremony of innocence is drowned;
The best lack all conviction, while the worst
Are full of passionate intensity.”

Grayson Earle’s diverse technological practice is unified by a political approach to media making. Employing video games, video projection, algorithmic audiovisual generation, biological organisms, and robotics, his work tends to intervene on physical spaces and entrenched ideas. His creative practice articulates a repositioning of resistance to power that invites participation from reluctant citizens.
Earle (b. 1987) lives and works in Brooklyn, NY. He teaches at Hunter College, split between the Computer Science, Film and Media, Integrated Media Arts, and Studio Art MFA programs. This interdisciplinary posture is emblematic to his work as an artist, and is an approach he proselytizes in his courses on game programming, electronics, and generative art.
Recent displays of his work include SeoulArts in South Korea; Eastern Bloc and Centre Phi in Montreal; the Brooklyn Museum, Macy Gallery, and Babycastles in New York City; and the Media Arts Festival in Tokyo. He has published essays on the socioeconomic implications of the Cold War on abstract expressionism in the United States and Russia, as well as new methods for rhetorical approaches in video games

Mark Read is best known as the artist-activist that produced the “Occupy Wall Street Bat Signal” in November of 2011. Subsequent to that projection-intervention Read initiated The Illuminator project, which has gone on to produce hundreds of projection-interventions around the world. The Illuminator’s work has received wide acclaim from both social activists and the art world. Their work has been featured in academic publications such as Public Art Dialogue, and exhibited in galleries and museums, including the Brooklyn Museum. In 2016 The Illuminator was Artist in Residence at the Hemispheric Institute for Performance and Politics. Read teaches courses on art and politics at New York University, where he is employed as an adjunct professor. 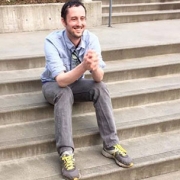