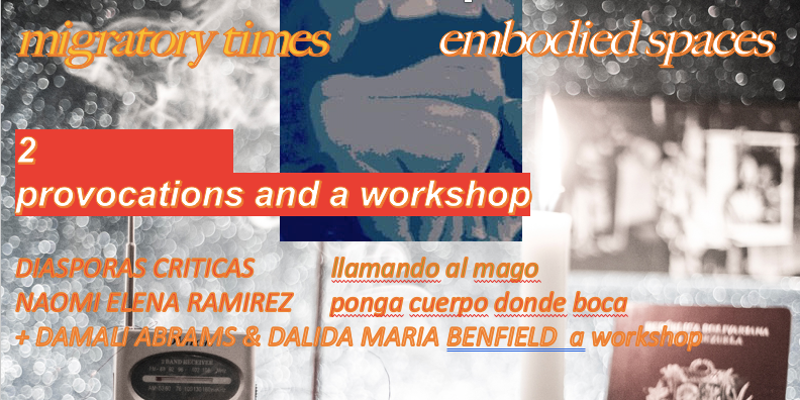 This event contributes to Migratory Times, a year long global art, research, and pedagogical initiative that facilitates translocal and transnational decolonial feminist dialogues on displacements and migration through cultural interventions, workshops, and publications. Migratory Times is a project of the Institute of (im)Possible Subjects, a transnational feminist art, media and research collective, and is made possible in part with a Community Arts Fellowship from the Abundance Foundation.

As the fog of imagined democracy dissipates how does one prepare oneself for the necessary sacrifices of activism, dissent, and the push for concrete change? When our bodies are on the line, what can we do to encourage ourselves to fight? I ask this of myself because I think the fight is only going to get uglier. ponga cuerpo donde boca responds to these questions through movement explorations of gestures from protest, moving through fear, finding strength in resilience, and dancing to sustain agency of resistance.

Llamando el mago is a live new media work that explores a “crisis of presentation” in an image saturated public sphere conditioned by techniques of surveillance that order the routes and experiences of transmission between metropolis and colony. Departing from the essay of the same title (“Calling the Magician”) by Aime Cesaire, Llamando el mago traverses censorship and media exoticisation, bureaucracy and coloniality, surveillance and polarisation, towards a meditation on decolonisation as a sophisticated anti-racist program that includes political, aesthetic and epistemic freedom of movement.

Naomi Elena Ramirez is a multidisciplinary artist whose work encompasses visual art, video art, performance art, and contemporary dance. Naomi uses photography and drawing as choreographic method, creating experimental scores from which live performance is made. Naomi has an MFA in Visual Art from Vermont College of Fine Arts and a BA in Dance from the University of California at Berkeley. Her work has been presented by Movement Research at The Judson Church; DoublePlus at Gibney Dance; The Bronx Latin American Art Biennial; Nurture Art Gallery; Wallplay Gallery; The Situation Room, LA; Gallery 107, North Adams, MA; Arte Nuevo InteractivA, Mérida, Mexico; Northwestern University’s Performance Studies Conference In Bodies We Trust; New Voices in Live Performance at The Center for Performance Research; amongst others. She is a recipient of the A.I.R. Gallery Fellowship for 2016/2017. She lives and works in Brooklyn, NY. (b. Hermosillo, Mexico) www.naomielenaramirez.com

Diásporas críticas is an open platform for artistic research. Diásporas críticas research explores and responds to the ways in which nationalisms intervene through micro-process to affect the body and the senses, researching notions of “transmission” and “contagion” in relation to mass media and technology as well as medical discourses and disease. They have received various research and production grants from academic and arts institutions. Throughout 2017 Diasporas criticas are preparing a research project entitled “Contralecturas Tropicales”. They are thinking: climate, cliche, sickness, poetic trope, surrealist dream, melodrama, medical theory, compass, geopolitical sex fantasy, cyclical time and exile.http://cargocollective.com/diasporascriticas

Damali Abrams the Glitter Priestess is a project-based artist born and raised in NYC by Guyanese parents. She constructs spaces and experiences of fantasy and myth, using collage, video installation and performance, that explore Black Utopia through the lenses of Afrofuturism and Afro-Caribbean syncretic religions. She examines folklore and contemporary popular culture, placing them in dialogue with one another to create a site of liberation for the Black imagination, rejecting tragedy as the sole, dominant narrative of the Black experience. Damali earned a BA at NYU, an MFA at Vermont College of Fine Arts, and recently completed the Whitney Museum of American Art Independent Study Program. She has been a fellow at A.I.R. Gallery as well as with apexart in Seoul, South Korea. She has been an artist-in-residence at Fresh Milk (Barbados), Groundation Grenada, Jamaica Center for Arts and Learning, The Center for Book Arts, and LMCC on Governors Island.

Dalida María Benfield, Ph.D., is a Latinx (Panamá/U.S.A.) media artist and researcher who produces video, installations, archives, artists’ books, workshops, and other pedagogical and communicative actions, across online and offline platforms and often, collectively. Her current work crosses the spaces of contemporary art, education, and media activism and social justice. She has co-founded numerous autonomous cultural organizations, popular education projects, and research networks. She is currently the co-founder of the transnational feminist platform, The Institute of (Im)Possible Subjects, for art, research, activist culture, and publishing. From 1994 – 2007, she was a member of the artists’ collective Video Machete, which created open access media centers and free workshops as a practice of liberatory pedagogy and media production with youth of color, LGBTQ youth, and recent immigrant youth. She is co-chair of the Visual Arts program at the Vermont College of Fine Arts and founding Program Director at the Center for Arts, Design, and Social Research. dalidamariabenfield.info 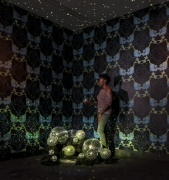 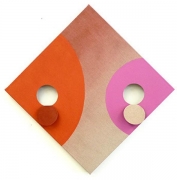