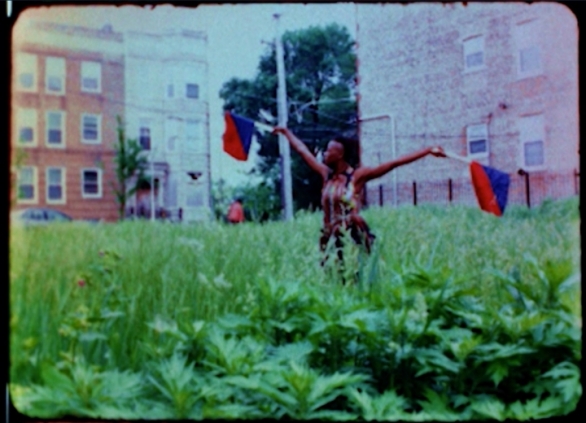 After her first feature screened at Sundance, Cauleen Smith lost patience with the film industry’s conservatism and devoted herself to art; her work is currently in the Whitney Biennial and Migrating Forms at BAM.

Craig Hubert: What initially drew you to moving images?

Cauleen Smith: The main thing was learning about the way cinema works on us subconsciously, the way different shots convey information nonverbally. Once I realized that was the way moving images were working on me when I was watching television or film, I really wanted to make images that didn’t produce harm, and images that I really wanted to see. That’s what drew me to filmmaking in the first place: I wanted to have control over the images as opposed to having to passively submit to what was being presented to me.

CH: Has that thinking about taking control over the images changed over time?

CS: That was more of a priority when I was thinking more about narrative and representation. I feel like my work is moving more and more toward—maybe it’s not abstraction, but something that is less dependent on representation, or of people projecting their desires on something. My work now operates for people to engage and find their own way through something, as opposed to telling people what to think.

CH: Why the break from narrative and representation?

CS: I really gave up on narrative film and the film industry. Things have now changed, but I wasn’t willing to stick it out over the last 15 years waiting for things to change [laughs]. I didn’t want to have to pitch ideas or beg for money from people who had no investment in what I cared about. It was just trying to figure out how to make something that they were comfortable with as opposed to making something that was interesting, or powerful. And the art world has more receptivity to ideas. The film world is not about ideas, but things that we can consume. There were fewer gatekeepers as far as control of ideas in the arts communities that I found, and so I felt really free to pursue the edges of ideas and ways of making that I found interesting as opposed to trying to conform all my values into the kind of practice that didn’t serve my interests at all.