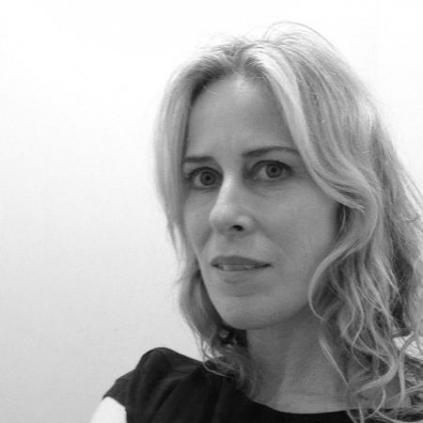 Suzy Spence is an Artist, Writer, and Curator who divides her time between Brooklyn, NY and Montpelier, VT. She first exhibited her hunt scenes and faux society portraits in the 1990s at Colin De Land’s conceptual gallery American Fine Arts. In 2014 she published an illustrated artist’s novel about a town in Maine, acquired by M HKA Ensembles for ‘The Book Lovers’.  Her recent black paintings, and hunt scenes borrow from the genre of English Sporting Art. When Spence depicts aristocratic activities like hunting and riding she brings new meaning to frank depictions of class and ‘natural order’:  male rider / female rider / horse / dogs / fox . Her anglophilic scenes possess an element of absurdity, despite being seductive; as Susan Santog wrote in “Notes on Camp”(1964) such a thing is “unmistakably modern, a variant of sophistication but hardly identical with it.” Spence was the recipient of a painting Fellowship this year on Great Spruce Head Island, Maine, located at the historic home of Fairfield and Ann Porter.

Spence is an artist-teacher for the MFA Visual Art program at Vermont College of Fine Arts and is a recurring guest critic during the bi-annual residencies.

Her work is represented by Sears Peyton Gallery and she recently wrote an interview piece for artsy.net on fellow painter Bo Joseph’s work.

A Season of Psychic Noise: An Interview with Bo Joseph
by Suzy Spence, Nov. 16, 2016

On the first day of his exhibition, A Season of Psychic Noise, I had the pleasure of speaking with fellow painter Bo Joseph. Bo and I were born the same year and attended New England colleges where our initiation to art history in the late 80s was through Louise Gardner’s encyclopedic tome, Art Through the Ages. We were in agreement that the book had been useful (we still own our copies), and that it was regrettable to have professors skip entire chapters on Africa or Asia in the service of presenting a linear Western leaning history. I was fascinated to learn that he’d remedied this with extensive travel and research, a journey that has enabled him to define art on his own terms.

S. Your paintings seem to be elaborate systems with a range of references. What attracts you to your source material?

B. My mark making and methodology always references something real. It has its beginnings in things I am interested in, whether that is Chinese scroll paintings or Northwest Coast Native American carvings. For a while I was obsessed with embroidered Japanese material used in kimonos and noh robes. As a student, every time I studied a western art movement in a formal way, I wondered what was happening on the other side of the world. That led me to study African Art, Sufi Art, I took classes in world religion, Jungian theory, and I became really interested in Art Brut-I found Dubuffet.