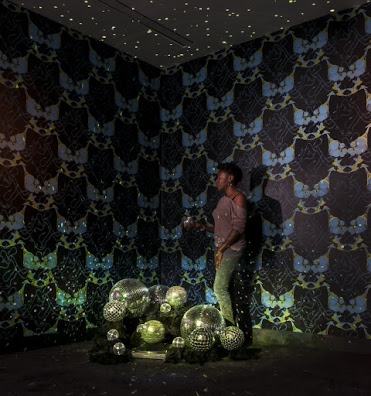 Cauleen Smith is an interdisciplinary filmmaker whose work is rooted in a mid-twentieth century experimental film framework. She uses science fiction, third world cinema, and structuralism, to make “things that deploy the tactics of these disciplines while offering a phenomenological experience for spectators and participants.” Her work has shown nationally and internationally, both solo and in group exhibitions. Originally born in southern California, she was raised in Sacramento. She earned her bachelor’s degree from San Francisco State University and her MFA from UCLA School of Theater, Film and Television. Currently, she is faculty at Vermont College of Fine Arts low-residency MFA program.

This interview was conducted via email in November 2017.

Jazmyn Wright: How did you discover your interest in filmmaking? Did you ever want to do anything else?

Cauleen Smith: Filmmaking incorporates every kind of media and performance style and invents a few that are unique to its form. It’s very satisfying to use film to make art. I’ve always been a creative person, but filmmaking was something I stumbled on. I’m glad I did.

CS: The word feminist is a loaded term because when white women use the term they sometimes are not considering the conditions and stakes of a feminist identity for women of color or poor women or women with varying abilities. And this prompts a lot of people to avoid the word feminist. I’m fine with the word. It’s just a word. It’s all about action and ethics.

JW: You clearly identify what feminism means to you, I just wanted to clarify whether you had a specific definition for feminist filmmaking? Do you see a difference between a feminist film and other types of films? Do you think a film has to include specific elements to be considered feminist?

CS: Maybe for a set of guidelines check out the Bechdel test? https://en.wikipedia.org/wiki/Bechdel_test

JW: Where do your ideas for your films come from, for example Crow Requiem?

CS: I think filmmaking is always about engaging with the world around us. The cues to the things that Crow Requiem is pointing to are right there in the film as well as in the films relationship to American history.

JW: You say the “things that “Crow Requiem” is pointing to are right there in the film.” The film is kind of dark. Between the bare trees and the crows and other aspects, the first thing my mind goes to is “Strange Fruit” and lynching in the Jim Crow south, but that might be a little too grim. Can you expound a little more?

CS: Some elements in the film that may not be obvious are the radio still lives which are taken from John Carpenter’s movie The Fog (listed in the credits). The aesthetics of that film spoke directly to the images coming from protests in Ferguson, MO. There is a lot of information to be gleaned from the soundtrack and music as well (also listed in the credits).

JW: What is your filmmaking process? For example, once you had the idea for “Demon Fuzz”, a film I particularly enjoyed for its geometric visuals, how did you go about creating it?

CS: Oh, I just made that for fun as a fan video. I love that band Demon Fuzz and that song is amazing. So it was just fun to use the mirror filter and make something hypnotic and light. I think the mirror filter is overused all the time, so that video is a bit of an indulgence.

JW: In “Triangle Trade” you do not hide the puppeteers. What is the significance? Is it meant to be self-reflexive?

CS: We are using a puppeteering style based on the Bunraku style of puppeteering. Each artist made a puppet that was supposed to represent them. The audience is asked to reckon with the mirroring between the puppet and the operator.

JW: You mention the Bunraku style of puppeteering. As I understand it Bunraku is a 17th century traditional style of Japanese puppet theater. Is there anything else that should be known about it to better understand the piece?

CS: The reason I made them is because I thought that film was a good form for the ideas I was interested in. In order to grapple with the ideas you would have to watch the films with the intent of applying what can be known to what you see. The narrative is not repeated in simple language, three times like in television shows. There is no spoon-feeding. The viewer is assumed to be an active agent.

JW: In a 2011 interview with “BOMB Magazine” you said, “narrative-movie audiences are becoming more passive; they’re refusing to meet images halfway.” Can you expound? What does it mean to meet an image halfway?

CS: I feel that audiences should always be attempting to understand the aesthetic and formal decisions that a filmmaker is using to make meaning. The desire to have everything explained, unambiguous and easily digestible limits the spectator from actually engaging with the ideas in a way that leads to self-examination. I believe that expecting every film image to be explained and clear, well that is more like wanting to consume advertising or propaganda than art. That’s a spectator who wants to be told things and experience pleasure. Sometimes wrestling with ideas is not immediately pleasurable. And often art shows us things about ourselves that we do not like. Advertising and propaganda never do this. Art cannot tell someone what to think, it can offer pathways and ideas for the viewer.

JW: Experimental films can be ambiguous at times. With your last response in mind, when making a film such as “Chronicles Of A Lying Spirit By Kelly Gabron”, do you want your audience to walk away with a specific understanding, or do you want them to interpret it for themselves?

CS: Hopefully both things can happen.

JW: It was enjoyable getting to converse with you and learn more about your work and filmmaking process and thank you again for participating in this interview.

CS: Thank you, and best of luck.

To see more of Cauleen Smith’s work, you can connect to her Vimeo via this link. 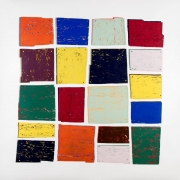